Defining On-Prem, IaaS, PaaS and SaaS: Which is right for you?

So, when it comes time to stand up a new Sitecore environment, migrate or upgrade an existing deployment, many customers ask why Dataweavers exclusively uses Azure PaaS as the platform to build on.

This is for a few reasons, but we see the three main benefits of Sitecore on Microsoft Azure PaaS being:

You can read more about deploying Sitecore on Azure PaaS on an earlier blog here.

If you’re visual person - this diagram outlines how Sitecore on Azure PaaS will look compared to IaaS, SaaS or on Premises, and the way in which management responsibilities lie within each. 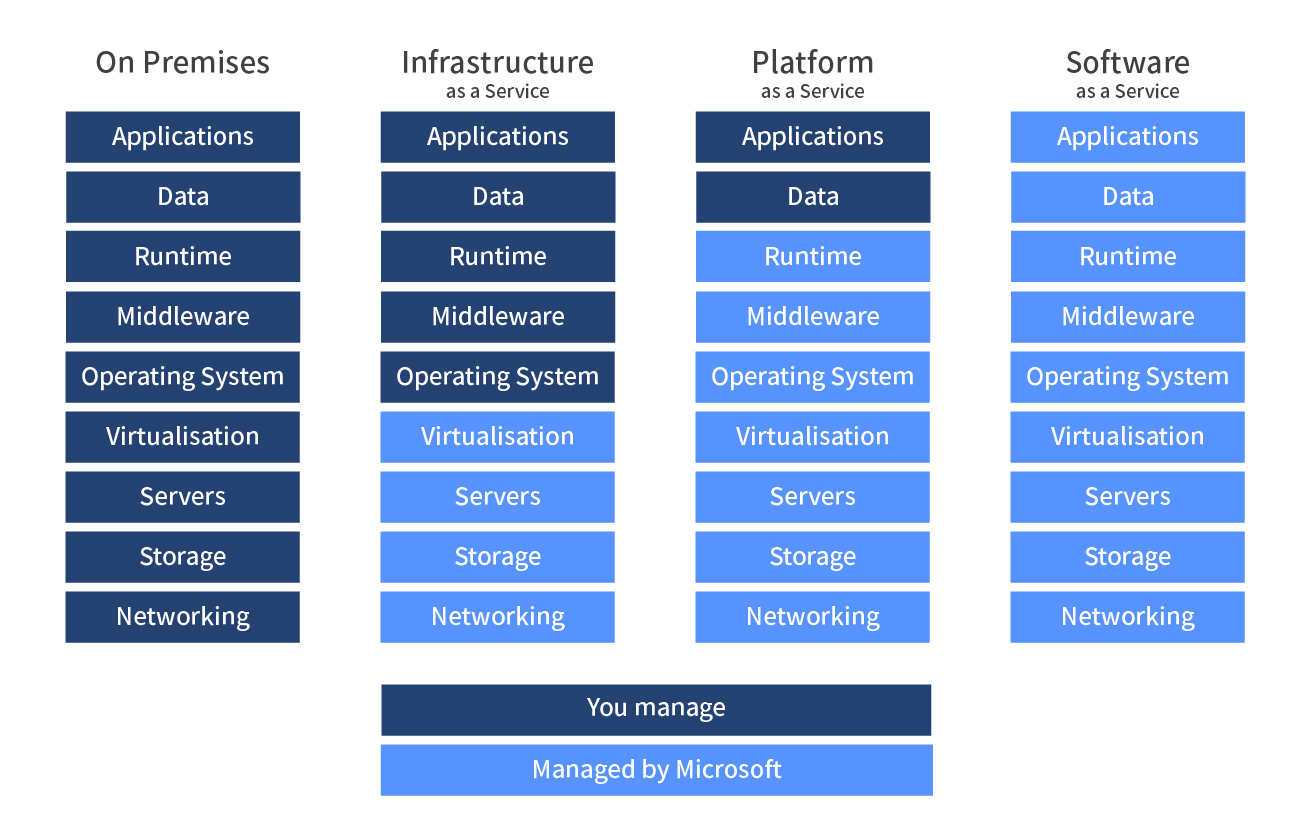 All this terminology can be confusing so we’ve put together a short dictionary to help organisations better understand what features of their stack are actually being managed by them or by Microsoft when choosing between On-Prem, IaaS, PaaS or SaaS.

Infrastructure as a Service
The capability of provisioning storage, networks, processing as well as other resources where the user can deploy and run software.

Platform as a Service
A cloud-computing model that allows user to develop, run, manage, and deploy applications within a cloud infrastructure, using supported technologies, without building and maintaining said infrastructure.

Software as a Service
Software as a service (SaaS) is a software distribution model in which a third-party provider hosts applications and makes them available to customers over the Internet.

On-premises software ("on-prem") is installed and runs on computers on the premises of the organisation using the software, rather than at a remote facility.

Application
A set of instructions that a computer or device uses to perform a specific task, such as word processing, accounting, or data management.

Data
A representation of concepts such as facts or instructions in a formalized manner, suitable for communication, interpretation or processing.

Middleware
Middleware is computer software that provides services to software applications beyond those available from the operating system.

Operating System
Software that controls the allocation and usage of hardware resources such as memory, central processing unit (CPU) time, disk space, and peripheral devices. The operating system is the foundation on which programs are built.

Virtualisation
The act of creating a virtual (rather than actual) version of something, including virtual computer hardware platforms, storage devices, and computer network resources.

Servers
A computer that provides shared resources, such as files or printers, to network users.

Storage
A device that can retain data for subsequent retrieval.

You can read more definitions from Microsoft here.

If you’re ready to migrate from an existing non-PaaS solution, check out how we helped Isuzu UTE and UnitingCare do just that.

If you’re preparing to stand up a new Sitecore environment, we can help so get in touch.

We are big fans of Microsoft Azure, and because we spend a lot of our time managing Azure...
Azure, Cloud
Read more

Sitecore Support Lifecycle: Why you should upgrade to 10 today!